Stoke-on-Trent is one of those cities that people have mixed views about. Even the people that live in ‘The Potteries’ have divided opinions about this area.

However, this is only in recent years.

Only 20 years ago Stoke on Trent was a very popular town. It was the home of a range of pot banks and it was the world’s leading epicentre of pottery and ceramics manufacturing. Stoke was indeed great!

The city had money and jobs were available to everyone. So what happened?

Well, in a nutshell,the world changed.

Stoke on Trent had 3 major industries that helped its economy. It had a large Steelworks, huge mining operations and also the aforementioned pottery industry. Sadly we saw those industries hit hard in the last 20 plus years and this has had a huge effect on the City of Stoke-on-Trent.

Anyone who lives here will be able to remember the good old days of bustling shops and yes we have had some bad years, but things are changing and recently Zoogly Media created a video that went ‘viral’ to celebrate just how great Stoke on Trent is.

In this post, you will learn what we did and how much it cost!

Why We Need To Promote Stoke

Stoke on Trent is a city that is changing. We have seen that recently with a new cinema and restaurant complex having been built, and there are plans for another shopping centre as well.

However, these are just structures. What Stoke does have is an abundance of creative and artistic people that are prepared to work their asses off.

But telling that story is far less appealing than a negative one, and as we all know being negative is usually far easier than staying positive.

I was recently invited to a marketing meeting about the city and this subject came up; How is Stoke on Trent perceived by others?

Well if we head over to YouTube and we search for Stoke on Trent we can have a good idea; 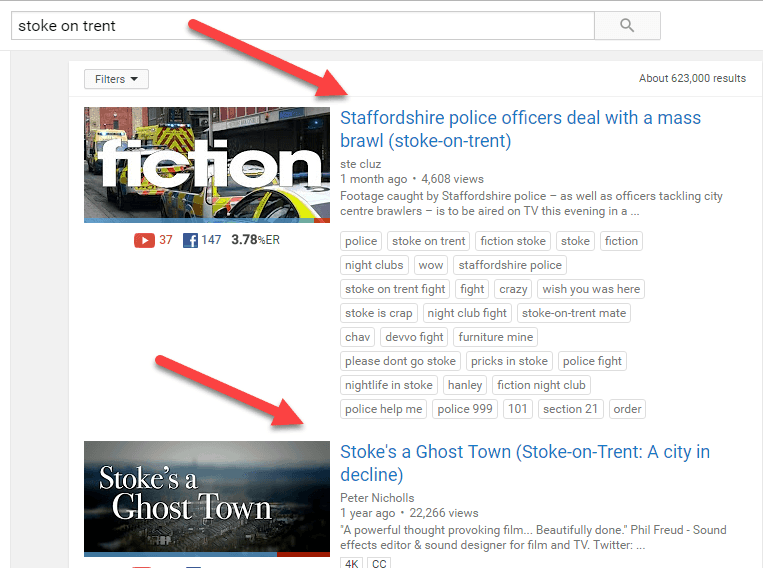 The current top 2 results for the city is a fight video and a documentary about Stoke on Trent (A city in decline) which you can watch below:

This is incredibly damaging to the area because YouTube is the second largest/ most used internet search engine in the world, and people use YouTube to find out information about services and places (not just to be entertained).

If you watch the video it is dark, depressing and contains the views of a few people from the city, but this type of work becomes particularly damaging because it a strengthens a psychological factor called Attention Focus.

Without boring you with science, what we focus on we think is more important and this changes our mood and views of the world, a place or even people. So if we see videos that talk about how bad an area is, this will only strengthen our opinion.

So what is the answer?

The only solution is to take control of the narrative  that is being told of Stoke on Trent and paint a more positive picture of  the city.

5 Amazing Reasons People Should Be Proud of Stoke

After the meeting, we decided that as Zoogly Media was a Content Marketing and SEO agency based in Stoke on Trent we should be among the first to showcase the power of great content and we set about creating a Facebook video that would promote a handful of reasons to be proud of the city.

The video was made for Facebook but we also added it to YouTube as well, but the results were very different. YouTube is a platform that requires a very different focus and style of video, so this was expected. But for ease of embedding into this post here is the YouTube version:

The video is low budget but is packed with information and we placed it on our Zoogly Media Facebook business page and added a budget of £28.

After some targeting (which we are very good at) we were able to display the video to people who are from/ live in the city and from there it went viral.

Now many might argue that virality means that something spreads to millions of people, however,I think it is relative to the subject matter and potential reach, if you are targeting the city of London, you could argue that a viral hit would be achieved if you reached around 50% of the city. I estimate that our video has ended up being seen by around a third of the residents of the city of Stoke on Trent and a further 50,000 who live elsewhere.

The post gained over 4200 shares and 259 comments but due to the Facebook data, I can say that the total amount of engagements were over 11,000; 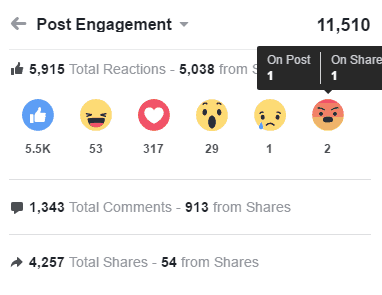 The feedback was amazing and we had many people talk about the other great reasons why people are proud being from Stoke City, feel free to read the comments on the video by clicking here.

Our total ‘boosting’ budget was a tiny £50 and in the process we got thousands of people talking about the city and we had some people say great things about Zoogly Media.

So why did we have so much success in promoting Stoke on Trent when others have failed?

The Power Of Stories

As human beings, we are hard-wired to tell and listen to stories. This is how we as a species communicated and recorded our history.

When we first go to school we are told stories by the teacher in the corner of the classroom and our imaginations create a visual image in our minds of what is going on.

Storytelling is incredibly powerful and now that we have the medium of Facebook, YouTube and blogs we can craft stories that tell the tales we want to. Just as one video creator made a story of how bad Stoke is and gained 22,000 views on YouTube we told the opposite side of that coin, and 150,000 people viewed our version of events.

We just happen to be very good at telling stories!

What is important is that people keep telling others about the good side of the area. It cannot end with this one video. If more great stories are told then people will come to the city and invest, people will start businesses here and this means more jobs and money.

Change happens from within and the promotion of Stoke on Trent also needs to begin from within the city!

If you would like to learn more about what we did and how can tell others about your business or brand story please get in touch.

Please log in again. The login page will open in a new tab. After logging in you can close it and return to this page.